The Dark Flight of Micrometeorites 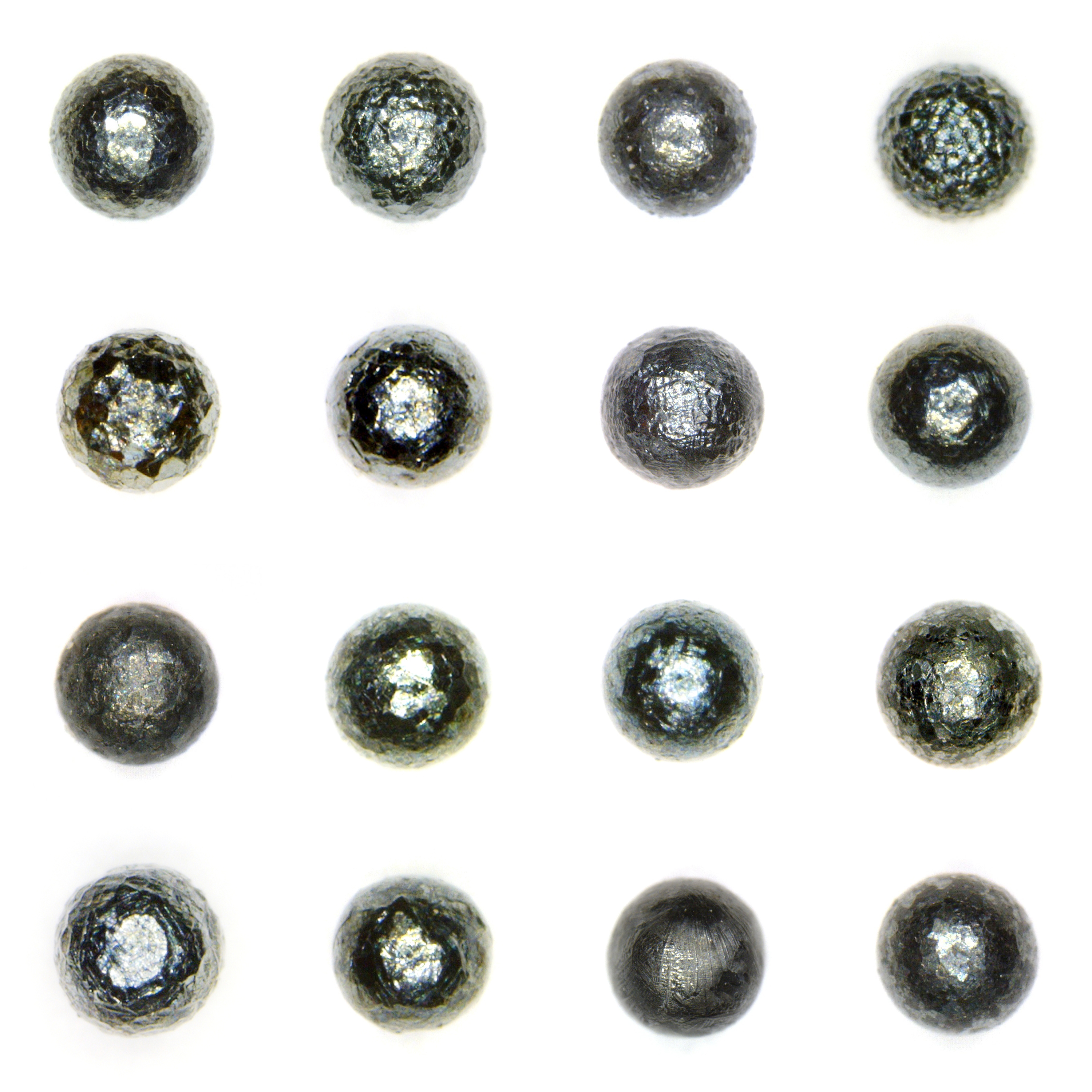 Every day some 200 tons of extraterrestrial material enter the Earth’s porous atmosphere. The largest of these objects, meteors, become giant fireballs with the ability to light up the daytime sky and can cause local, regional, or global destruction upon impact. Others become shooting stars, neither large enough to survive their fiery trip through the atmosphere, nor small enough to escape their fate. The smallest of these materials, however, make it to the surface of the Earth as micrometeorites without much in the way of fanfare. No fiery explosions in the sky. No damage or destruction. Just a silent fall to Earth.

By definition, these micrometeorites are generally less than 1mm in diameter—literally dust-sized. However, what they lack in theatrics or destructive power, they make up for in numbers. While a meteorite impact that has the ability to cause regional destruction may occur once every 10,000 to 100,000 years,[1] micrometeorite “impacts” occur millions of times daily. Estimates vary widely with respect to just how much of this material the earth collects, with some studies claiming that the annual influx weight of these objects may be upwards of 14,000,000 tons. Far more likely, however, are estimates in the 10,000 to 20,000 ton range.[2] On the low end of these estimates, the daily influx works out to some 27 tons per day, accounting for the majority of extraterrestrial materials on Earth.[3]

According to written records, humans have known about objects falling from the heavens for a few millennia at least, and perhaps as far back as 1478 BCE.[4] It wasn’t until the end of the 19th century, however, that we began to study the meteoritic dust that falls to Earth as well. Scientists have learned much in the past century about the meteorites that do make it to Earth — their age, their chemical make up, the frequency of their falls, the threat they pose to life on Earth — but it seems as if we are just beginning to understand the significance of what they might tell us about our place in the geologic now. 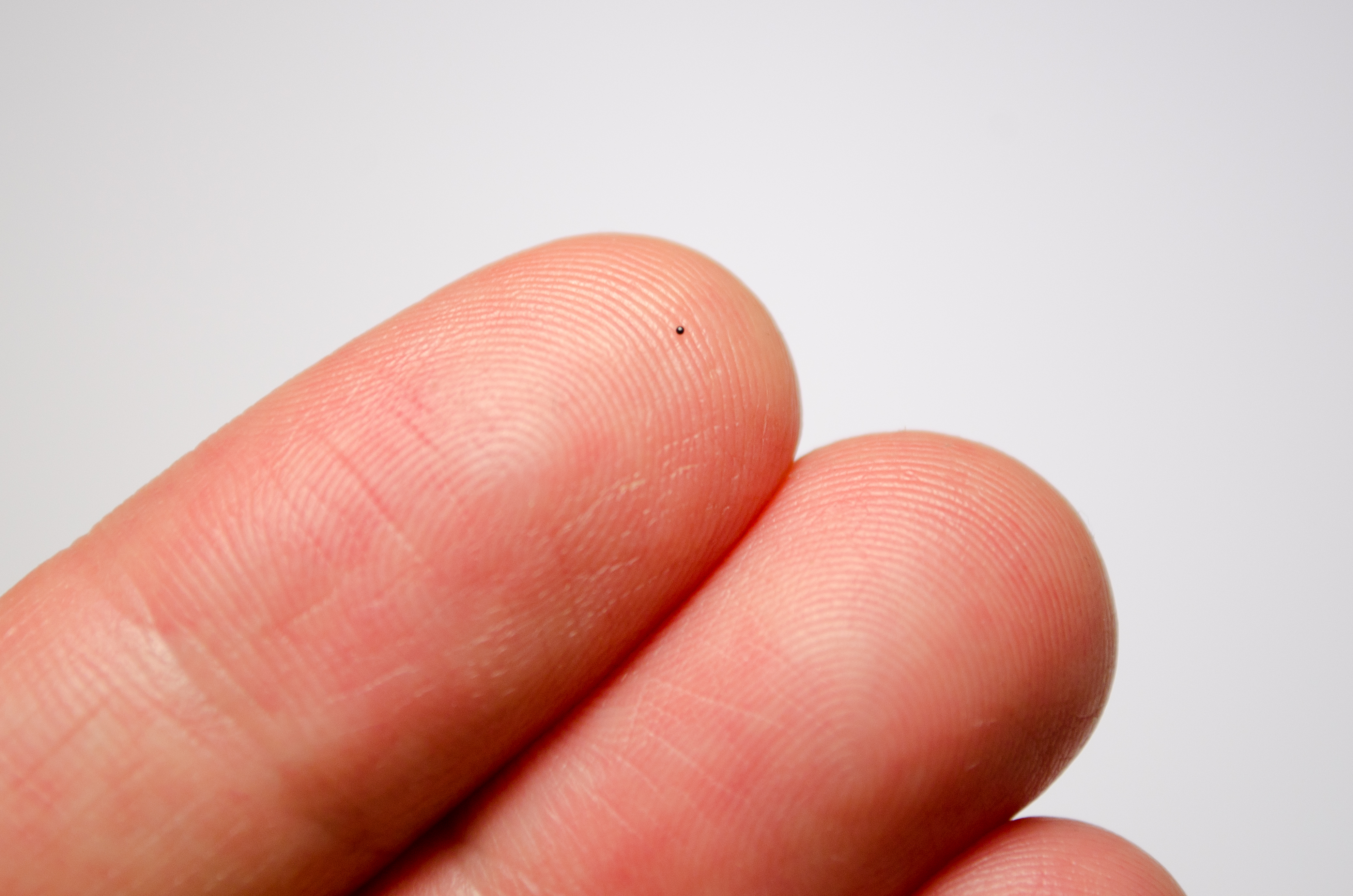 In the years and months leading up to the first manned mission to the Moon, NASA scientists worried whether or not the Lunar Lander would find steady footing upon touchdown. The debate centered on just how much space dust was covering the surface of the Moon. With no atmosphere and little erosion, some hypothesized that the Moon had been collecting the very same micrometeorite materials as the Earth — but in far greater quantities. Enough, in fact, to create a layer of space dust 20 feet thick across the entire surface of the Moon. Concerns for the spacecraft and crew were eventually allayed, and upon touchdown the Lander settled in no more than a few inches of loose space dust.

As they fall to Earth, some evidence suggests that micrometeorites are slightly more attracted to the magnetic poles, but as a rule of thumb, they’re landing everywhere. In the oceans. On the tops of mountains. In parking lots. In cups of coffee. They’ve been stepped upon and ingested. Buried and unearthed. Found and forgotten again. They’re buried deep in the arctic ice, having landed thousands of years ago, and they’re falling fresh right now.

For the past few decades the lay community believed that searching for micrometeorites was as simple as collecting rainwater or sweeping up road dust and examining it under a microscope. While true that this approach may yield micrometeorite specimens, the authentication of these small metallic spherules as such is much more complicated. As it turns out, there are certain post-industrial processes, the flicking of a lighter or the use of a grinding wheel, among others, that have the ability to create morphologically similar objects.[5] In fact, in any successful rainwater or road dust sample one will also find scores of false positives, or “micrometeorwrongs.” If with every flick of a lighter, we create a handful of micrometeorwrongs, it’s not difficult to imagine these newly formed spherules existing alongside their micrometeorite counterparts for hundreds of years, or perhaps thousands, into the future. Scientists have therefore turned to collecting micrometeorites from pre-industrial melted arctic ice, and from the tops of mountains. To the layperson, however, it may all be the same. Micrometeorite or micrometeorwrong, we can imagine these dust-sized particles landing on Earth after being polished round from their multi-billion year journeys through space, ready for our rain-collectors, magnets, and microscopes, and ready for us to re-imagine our relationship to the cosmos as messier and more complex than we ever imagined it.

Despite floating through space for millions of years, upon arrival on Earth, micrometeorites become as much a part of our everyday, as they are a part of the origins of our solar system more than 4.6bn years ago. To compare our day-to-day human time scales to the time scale of micrometeorites in this fashion feels both humorous and humbling. That we might understand during an average lifetime what constitutes the space of billions of years, let alone thousands, seems quite impossible. But it’s worth trying because doing so adds new perspective to our perceptions of time.

Copernicus disproved the geocentric model back in 1543, but that doesn’t mean, nearly five centuries later, that we can’t still fall into old habits. Standing on the surface of the Earth, it’s easy to summon the Ptolemaic system, imagining outer space as simply above us, stretching out from where we stand in a unique and privileged position in the universe. In this scenario, the Earth seems to occupy a much larger portion of the universe than it does. Imagining Earth as a micrometeorite floating through space may help put things back in proper perspective.

In the summer of 2011, the final NASA shuttle returned from space, ending a shuttle program that spanned more than four decades. While this doesn’t signal an end to the U.S. space exploration program, it brings with it waves of nostalgia. While these feelings may not be entirely misplaced, it’s worth remembering how porous our atmosphere is and how finite the space between Earth and the Moon is. The space beyond our upper atmosphere — “outer space” — is not just out there, but rather, is intertwined in our everyday. Micrometeorites remind us of this by shifting our perceptions of time, scale, and space. What we do not know about time and space is far greater than what we do, and we would do well to live with a greater respect for these effectively invisible events of the geologic such as the flight of a micrometeorite. 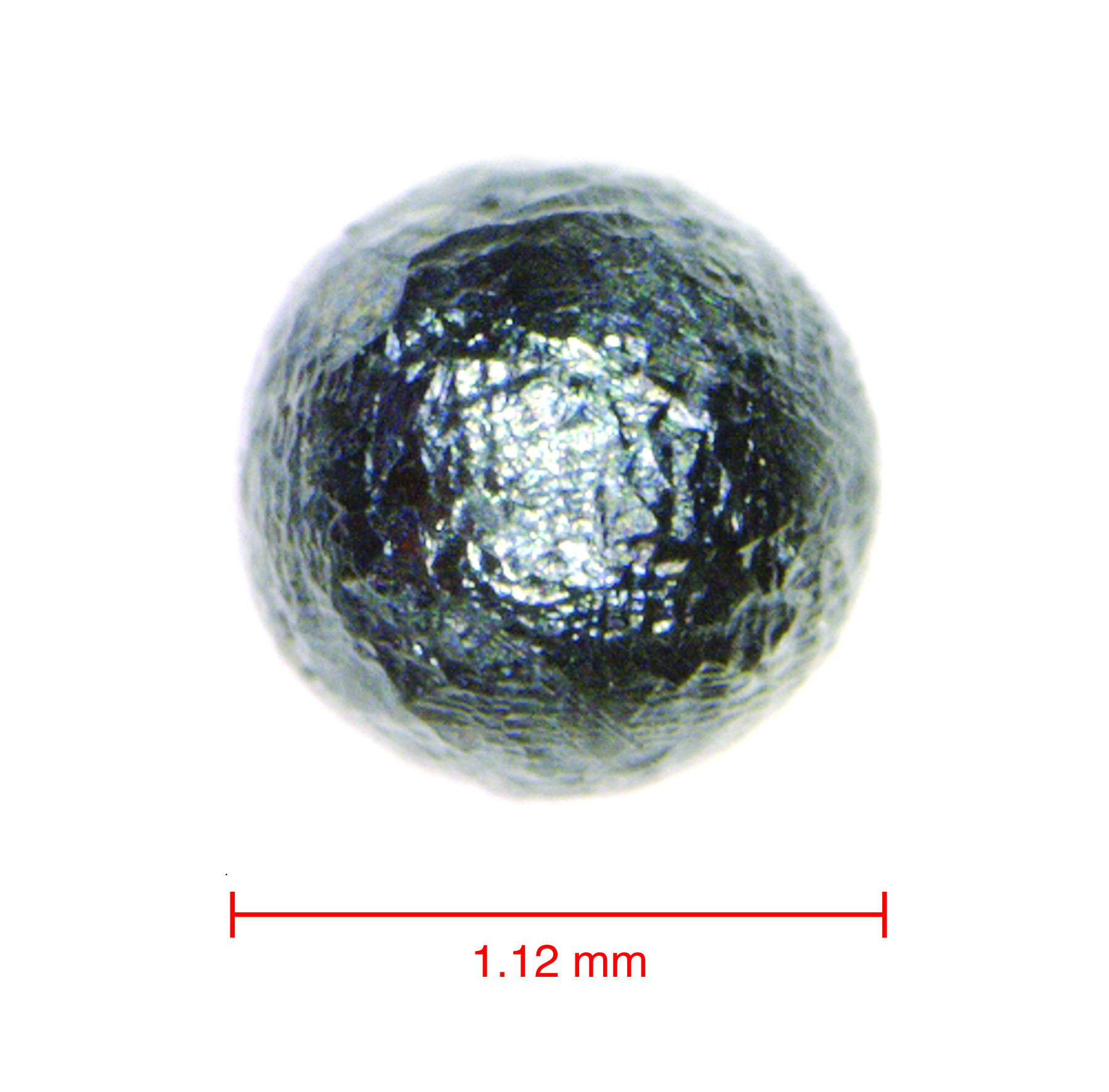