In 1897 the United States Geological Survey (USGS) began the task of surveying the entire nation. From 1897 to 1992 the survey produced over 55,000 7.5-minute topography maps, creating the only uniform map covering the entire extent of the lower continental 48 states in detail.[1] These surveys became the definitive source for remote sensing[2] the country’s lands and what was being inscribed upon them. In contrast to its strictly ‘geologic’ surveys, inventories of subsurface mineral deposits, USGS topographic maps gave equal consideration to surficial landscape features (landforms, rivers, and streams) as well as our cultural alteration of those forms and surfaces. Because the topographic surveys mapped the cultural terrain, they needed to be periodically updated to include how our use of the landscape was changing it.

Figure 1 shows two USGS topographic maps depicting the same location and extent of Basin and Range territory in southwestern New Mexico. The first was surveyed around 1915 and the second around 1992. In the interval between them, the survey’s conventions for drawing the landscape remained largely the same. Differences in style are subtle in comparison to the massive physical changes in the terrain they depict. What in 1915 was a landscape of undulating hills, underground mine shafts and the sprawling town of Tyrone has vanished within the manufactured geography of an open-pit copper mine. In the process, over seven contiguous miles of the former Continental Divide was displaced from its former location.

Overlays of surveys such as these provide time-lapse snapshots of the arrival of the Anthropocene, or the era of the "human-influenced environment."[3] At this distant scale (1:24,000 in the original maps), we can see the anthro-geology of open-pit mining occurring at a pace exponentially faster than the relatively unchanged terrain surrounding it; an anthro-geology that comes with its own repertoire of landscapes and processes.

The amount of copper recoverable in the mining of porphyry deposits such as Tyrone’s is typically less than 0.8% percent of the total quantity of rock being mined. The economy of scale required to make these operations profitable is manifest in the monumental re-sculpting of the terrain it works with. As anthropogenic facsimile of a geologic eruption, unknown numbers of nitroglycerine explosives were detonated at the Tyrone Pit over 25 years (1967-1992) to blast apart the Precambrian to Quaternary aged formations. Once fractured, the rock was shoveled into a fleet of 50’ tall trucks, each capable of hauling 350 tons of material to one of two accelerated geologic processes. Higher grade ores were taken to the mine’s mill where they were pulverized into a sandy slurry for extraction of copper through floatation and smelting. Lower grade ores were heaped into stockpiles towering over 300 ft. tall around the pit at their angle of repose. The stockpiles were (and still are) irrigated with a percolating solution of sulfuric acid that leaches the copper deposits from the rock. This pregnant leachate is collected from ponds at the stockpiles’ bases to enter the Solution Extraction -- Electrowinning Process (SX-EW) which is able to transform liquid copper into solid, 99.9% pure sheets.[4]

At sites such as these, copper is amalgamated and then dispersed into a global urban network. As it settles into that network, it is re-deposited in subcutaneous locations, such as the internal wiring of buildings, appliances, computer hardware, and power tools. It is more than likely that there are former pieces of Tyrone’s geology now embedded in either your automobile, household or surrounding community, regardless of where you live. 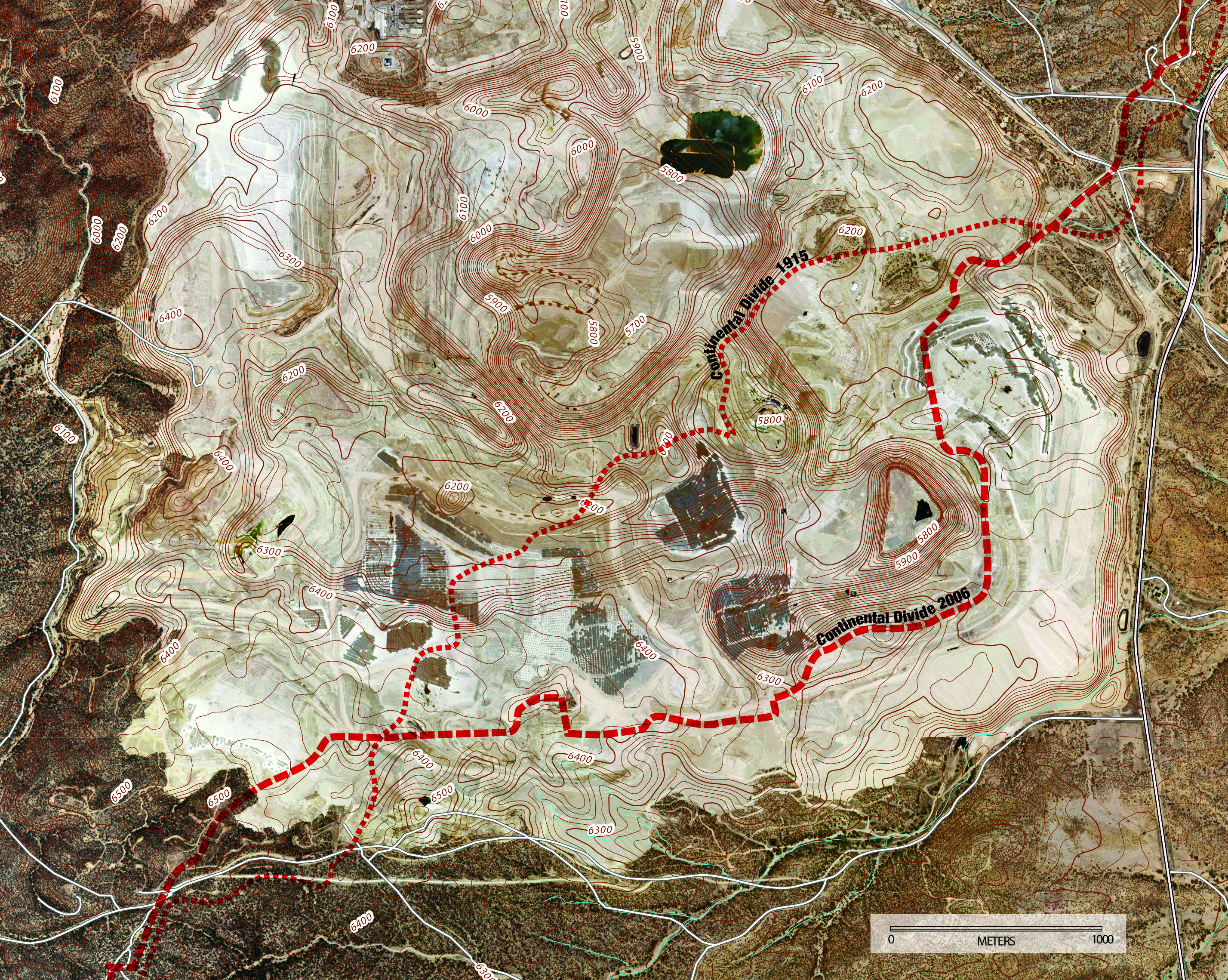 Fig 2: Overlays of historic and contemporary surveys of the continental divide as it traverses the Tyrone Open-Pit Copper Mine (2009)
Image by author using overlays of USGS surveys 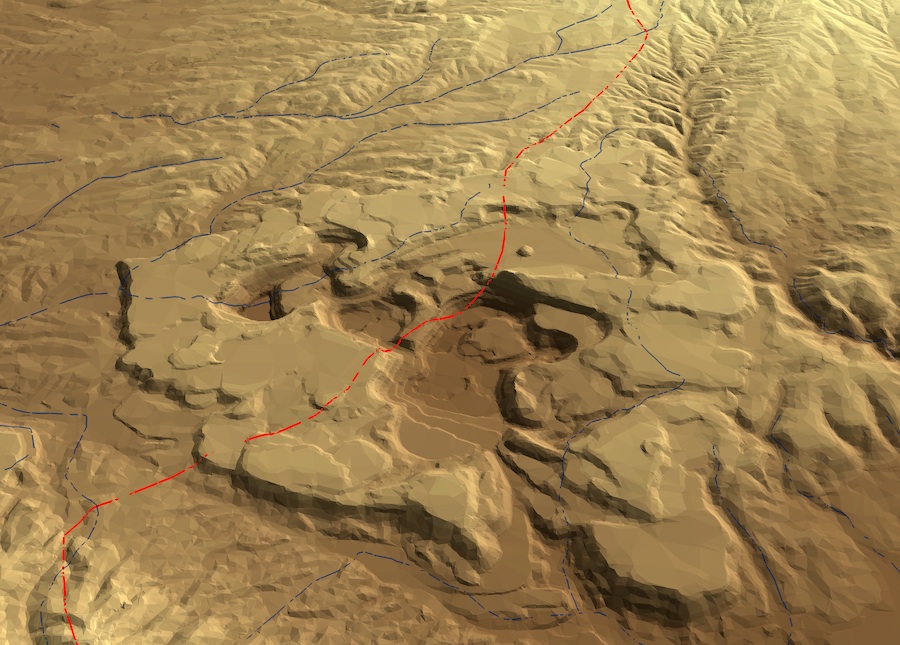 Fig 3: Space, time and empirical gaps appear in modeling terrain of the continental divide (red) as it passes through Tyrone. Stream and watershed divisions draped onto the USGS's triangulated surface display gross and informative inaccuracies. Operating as a repository of superseded surveys and dynamic geologic forms, this is a map of the Anthropocene.
GIS data courtesy of USGS
back to top ↑

Within the expanse of the Tyrone mine, the exact location of the Continental Divide has become rather tenuous and mutable. If we trace where the former divide was surveyed to have been in 1915 and superimpose it onto a current aerial, it shows a hydrological line defying all rules of topographic sensibility as it diagonally waltzes up the sides of geometric mesas and whimsically meanders into the depths of an open-pit (Figure 2). If Tyrone’s manufactured topography is modeled in three dimensions with the former line of the continental divide draped upon it (Figure 3), its path reads like the soft, malleable indexes of space-time seen in Salvador Dali’s The Persistence of Memory (1931). Only the conceptual trace of the former Great Divide, the division between Pacific and Atlantic watersheds as seen and recorded a century ago, remains. The cultured geology that rapidly superseded what was there is persistent and irrevocable. If one were to try to push all the earth back into the open-pit at the same ambitious rate at which it was pulled out (a span of only 25 years), it would take an additional 125 years (and $1.5 billion) to replace the 4 to 5 billion tons of material removed from the hole.[5]

Tyrone’s geo-displacements provide a distinctive ‘landmark’ along the Continental Divide Trail; a marking of the land where human agency is predominantly expressed in the altered stratigraphy of the Earth’s crust (Figure 4). Yet the new path of the Continental Divide was not intentionally shaped. Rather its epic reshuffling is a mere by-product of industrial engineering. But more oddly, this shift of the Divide is essentially ignored in current field guides for the Continental Divide Trail. This segment of it is only mentioned as a required highway detour, which seems a missed opportunity to observe a seemingly incongruous and cognitively dissonant encounter along the “wild and remote” landscapes of this “backcountry trail.” For at this location, one encounters an entirely new watershed detonated into the topographic seam of the continent.

Before the Tyrone mine was here, precipitation falling on this landscape was shunted away by gravity either towards the Pacific or the Atlantic Ocean, depending upon which side of the Divide it fell on. The novel tectonics of mine operations inverted that hydrologic pattern, whereby water falling on or deliberately applied to the 5,000 acres of the open-pits and surrounding stockpiles is contained and recycled within a choreographed system of ponds, pipes and pumps. Additionally, the main pit is sufficiently deep to form a “hydraulic sink” that pulls all regional groundwater towards itself.[6] If this water was not routinely pumped out of the pit (which increases the sink effect) it would fill with a lake containing 2200 mg/l sulfate with a pH of approximately 3.5[7] (Figure 5). We know this from inadvertent "pit lake" experiments at the Berkeley open-pit mine in Butte, Montana. When the Berkeley mine closed in 1982, its dewatering pumps were also turned off. Since then the pit has continued to fill, forming the largest Superfund body of water in the United States.[8] These waters, corrosive and fatal to most life forms we know, are giving rise to entirely new microorganisms that are quickly adapting to life in the sumps of the Anthropocene.[9]

Parts of the Tyrone mine are currently being reclaimed. Tailing impoundments and stockpiles have been recontoured and covered with soil and vegetation for their approved post-mining land use as "wildlife habitat;" a herculean conversion of disparate land forms and uses performed so quickly that it makes the terrain seem like geologic stage sets.[10] However, the open-pit will remain as a monument of unreclaimability, and Freeport McMoRan will continue to pump, treat and contain water within the mine for at least another 100 years, if not in perpetuity to prevent the formation of spontaneous toxic lakes and streams[11]. The residual geology of mining has led to the design and management of a watershed with as much permanency as the path of the Continental Divide. 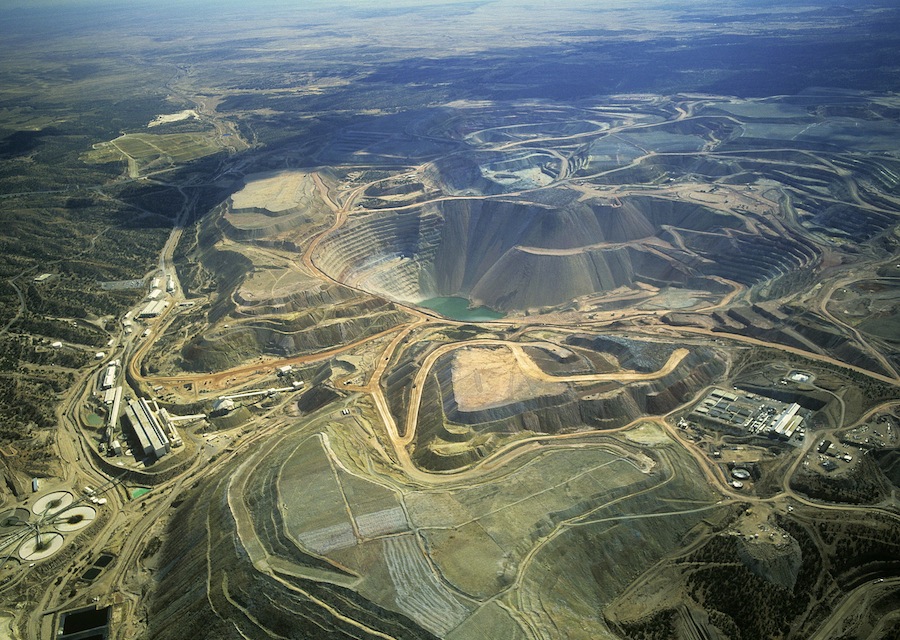 Fig 4: Tyrone open-pit copper mine, photographed in 2001. Many of the mesa-like forms surrounding the pit have since been reshaped and reclaimed since the making of this image.
Image courtesy of aerial photographer Jim Wark 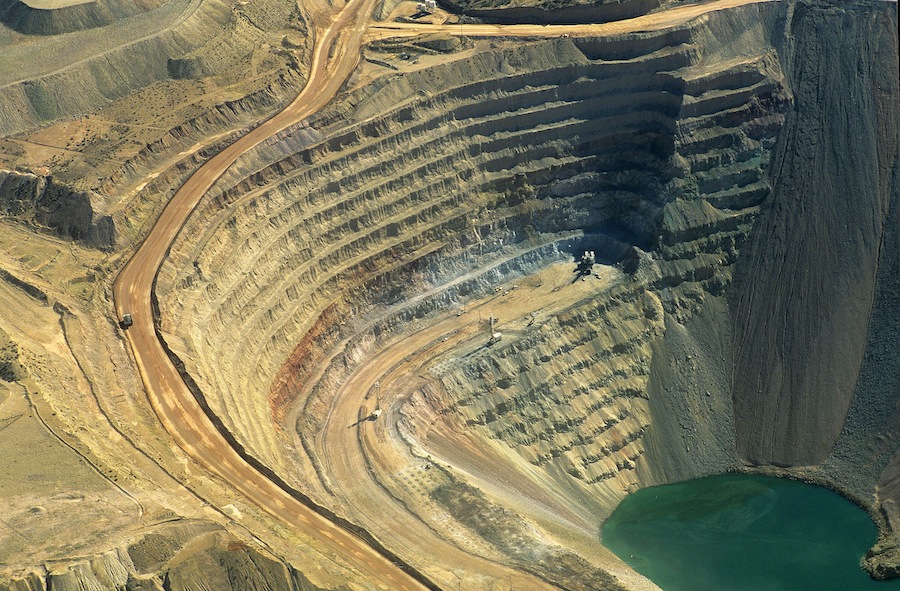 Fig 5: The acid lake within the Tyrone Pit, maintained at a minimal depth via extensive pumping and detoxifying infrastructure.
Image courtesy of aerial photographer Jim Wark
back to top ↑

Aside from the remote sensing that maps and aerial photographs can provide, we are still left with what it is actually like to physically be with such anthropogenically accelerated geologies. If we were to travel just 20 miles northeast of Tyrone, we would encounter the Santa Rita Copper Mine. Without surrounding landmarks to tell us otherwise, we might actually feel that we were still at Tyrone, as the Santa Rita Mine is remarkably similar in its massive, constructed form. Santa Rita also had a company town (Santa Rita) that was erased by the same land use for which it was founded. Where that town once was, there is now a vacuous and dusty air space above a mile-and-half wide pit. One can stare out at that space from the rim of the pit at a marked overlook on highway 152.

Harrison Schmitt, a geologist and Apollo 17 astronaut who walked on the moon, was born in the former Santa Rita Hospital. After completing his outer space mission, Schmitt joined with other Santa Ritans to re-inhabit the void of their birthplace by forming the Society of People Born in Space (SPBS) in the mid-1970s. The group was dedicated to celebrating their shared birth place identity and would get together annually to explore the gaps between the terrain they used to inhabit, and the non-entity it is now[12]. Given that the town of Santa Rita was fully dismantled by the early 1960’s, the number of those who retain physical, embodied memories of the town grows ever smaller.

Local historian Terry Humble is a member of the SPBS and worked for the Santa Rita Mine for over 30 years. One room of his home is entirely dedicated to historical documentation of both the mine and town of Santa Rita. While sitting in this room full of all sorts of material artifacts, Terry informs me that his house (currently in the town of Bayard) is a Santa Rita original that was relocated here more than fifty years ago[13]. He mentions this while I’m staring into an 8-foot black-and-white panoramic photograph of the still-intact town of Santa Rita, looking at a blackish dot that could have been his house. In the background of the photograph a spray of dust can be seen escaping from the expanding pit, obscuring the landscape behind it; dust that is difficult to locate amongst active fault lines between mind, earth and flesh. As Robert Smithson observed, it is at such indeterminate points where those fault lines intersect that friction worth noticing seems to arise.[14] The novel forms and displacements of the anthropocene occur not only in earthen piles and pits, but in the granular mental strata trying to find the angle of repose within its new terrains.