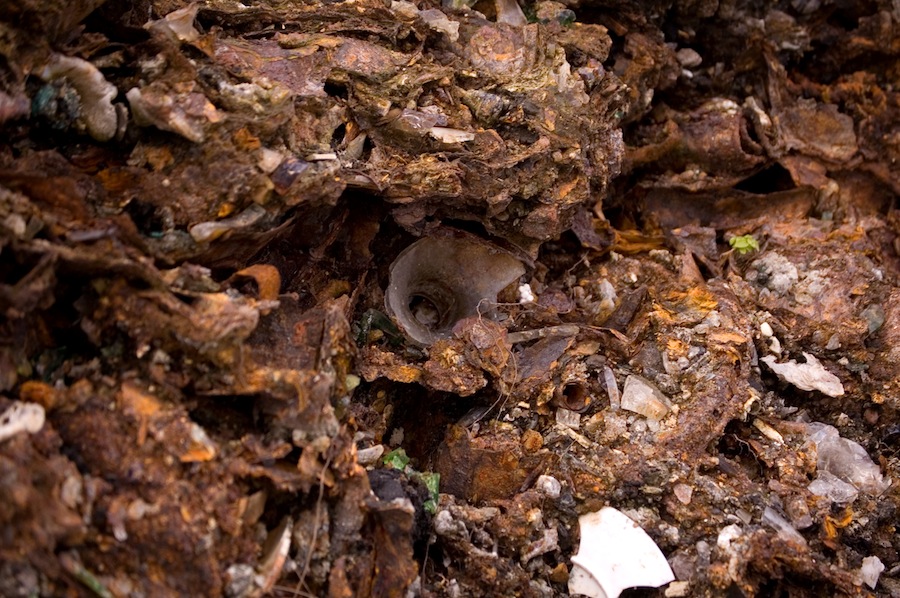 The Leslie Street Spit is a long finger of artificial land stretching into Lake Ontario from Toronto's shore. It was originally conceived in the 1950s as a breakwater for the city's northern harbor, but with changes in shipping methods quickly became obsolete in its original purpose. It remained, however, such a convenient place to discard of what is cleverly called "clean fill"--referring mostly to broken up pieces of demolished urban buildings--that it continues as an active dumping site today, expanding ever further into the lake.

Owing to its open land and remote location, the spit was rapidly colonized by vegetation and wildlife, including several endangered species. Though this was never part of official plans, the spit became a hybrid-urban wilderness where, amidst the rubble of brick and bent rebar, nature thrived.

These photographs document one of the oldest sections of the spit where the dumped rubble has settled and compacted into a soil like state. On the surface, where vegetation abounds, the ground reads as natural, not much different from any other conservation area. But, along the shoreline where the water pulls at the edge of the spit, the contents of the ground become visible--a rust colored metallic band, speckled with shards of glass, plastic and other debris. Essentially made from old iterations of the city, disposed of to make way for the new, this band offers an early glimpse of the urban world made geologic.