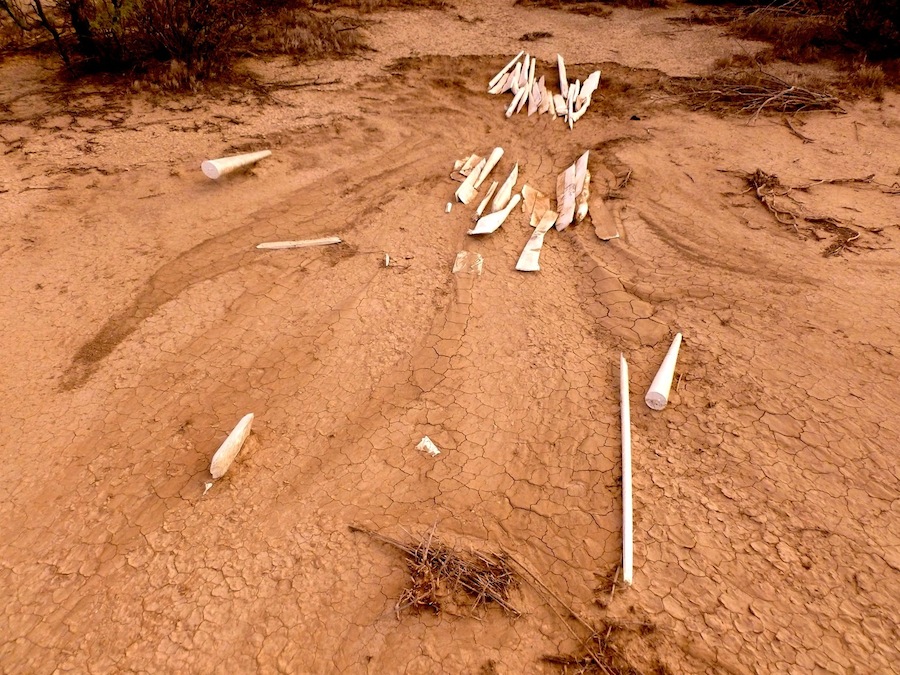 It's a straightforward proposition, but one just as often overlooked: what's here is here now, only because of how it was then, and it won't be this way forever. It seems we are uniquely able to appreciate this when the terrain around us changes, when a storm or an interruption (a quake, a tidal wave) jostles our sense of scale and proportion and their accompanying variables shift. A body shrinks and quiets against an unspeakably broad landscape, rain cracks a bright day into pounding blackness.

Yet, how do we measure ourselves against slower, monumental shifts that carve the land around us? What "geologic anxiety" might manifest from our sense of being in a continual, if imperceptible, state of flux?

On five acres in the far West Texas desert outpost of Terlingua, artist Jarrod Beck is carefully enacting a "Disruption Regime" to explore this question. In local intraterrestial parlance, this "disruption" refers to overgrazing that permanently changes the structure of the ground plane, eroding the root system and in turn the ground's ability to withstand summer rainstorms. These Texas storms then become floods, sending the land on the move and rendering it permanently hostile to many forms of growth. Beck appropriates the term for an experimental "ground-drawing," which he views as a test in marking human action against the top strata of the geology it occupies. In his own words:

I make the spaces I make in order to understand change on my own time, in my own parameters. To interact with a landscape in a way that's appropriate to the speck of my existence on the geologic scale. The ground drawing is being made over time, in layers; first I burn mesquite branches in shallow trenches, scorching long lines across the property. Over this under drawing, I place cast-plaster limbs-bright white dashes visible from a distance. When laid on the ground these plasters also serve as catchments, small places for rainwater to pool, collect seeds, and attract animals. My pace in the desert is slow and methodical, but that pace is integral to the development of the drawing. No sudden moves; on a geologic scale of time the project is sudden enough. There have been moments when I have suddenly realized that I need to get in the car and drive away. Although this has something to do with the heat, it's also about knowing that all of these hours of work cannot affect time or landscape. This isn't self-doubt, but more like a "ground-truth", pushing back against any preconceptions I might have brought to the site or tried to impose upon it.

This approach reflects a foundational tenet of Beck's broader practice: that no one object or installation embodies a finality or closure. For Beck, previous work becomes matter upon which new work feeds and regenerates. Any installation gives us only a momentary glimpse into this larger continuum and its expansive cycle of construction and destruction. Materials are broken down and built back up again (those for "Disruption Regime" have been carted from as far away as Albuquerque, Marfa, Houston, and New York), new relationships are tested, abandoned, or expanded upon. In Terlingua, they come together to hypothesize disruption in the landscape, not only as an environmental force, ideally one that might sustain life rather than trample it, but also as a deliberate artistic proposition whose process is absorbed into its form. 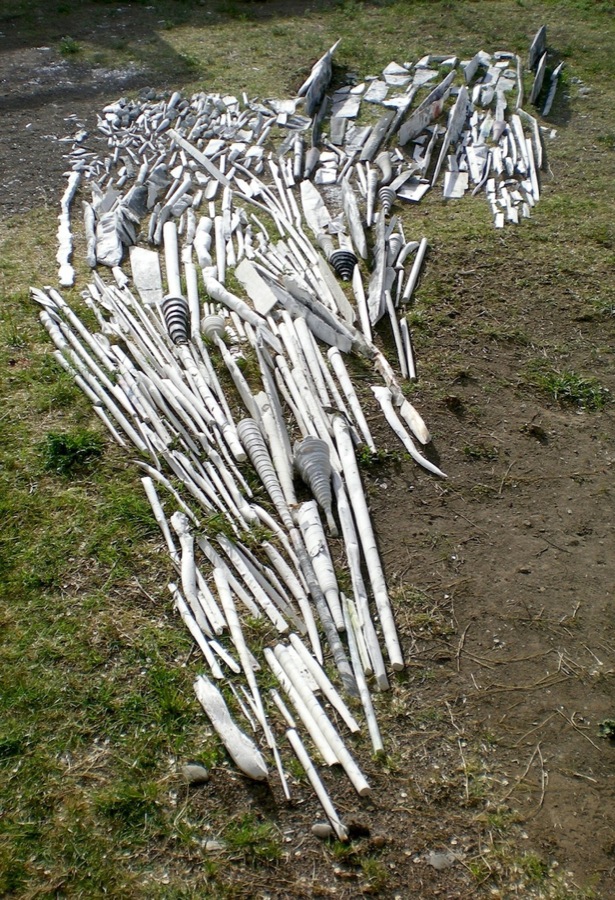 In thinking of Beck's project and a "geologic anxiety," this author remembers a school trip in Mesa Verde National Park, where the four corners of Utah, Colorado, Arizona, and New Mexico intersect. The class was invited to participate in an ongoing archeological dig, each member assigned to a small sandbox that had been erected in an attempt to measure out an immeasurable desert. The actions required were simple enough; dig, be careful, find what you can. It was an offer to carve out an area and focus in, to build an intimacy with a small plot amidst an unapproachably vast expanse. In Terlingua, Beck's parcel is an open plain of shifting parameters. His work acknowledges both its present and past, the natural and physical work that built the ground and the layers underneath it. Disruption Regime becomes part of a ground-narrative hardened and softened over time, every so often imbued with treasure. 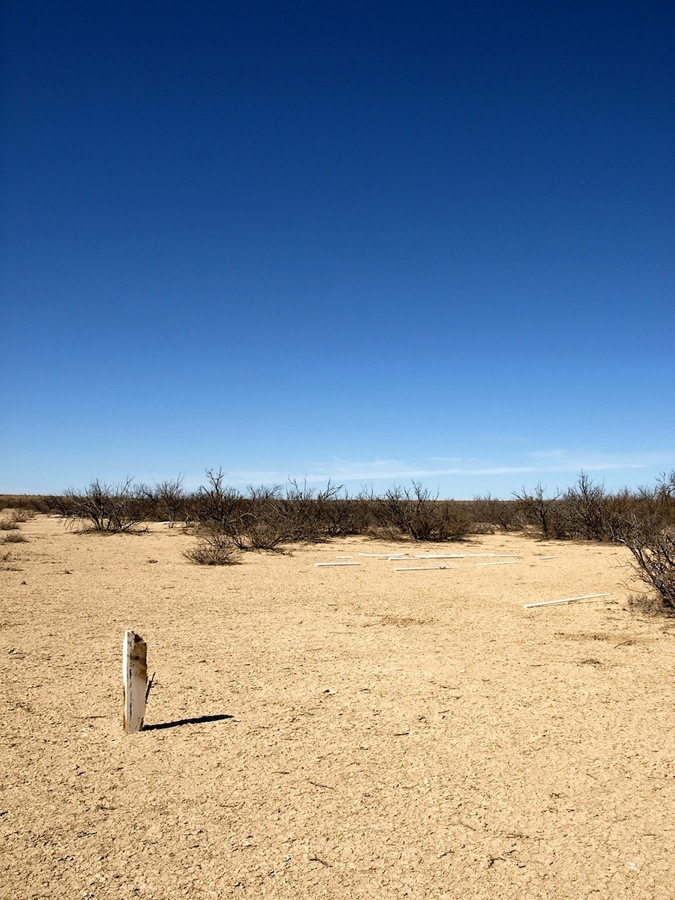