Live Through This: Surviving the Pleistocene in Southern California 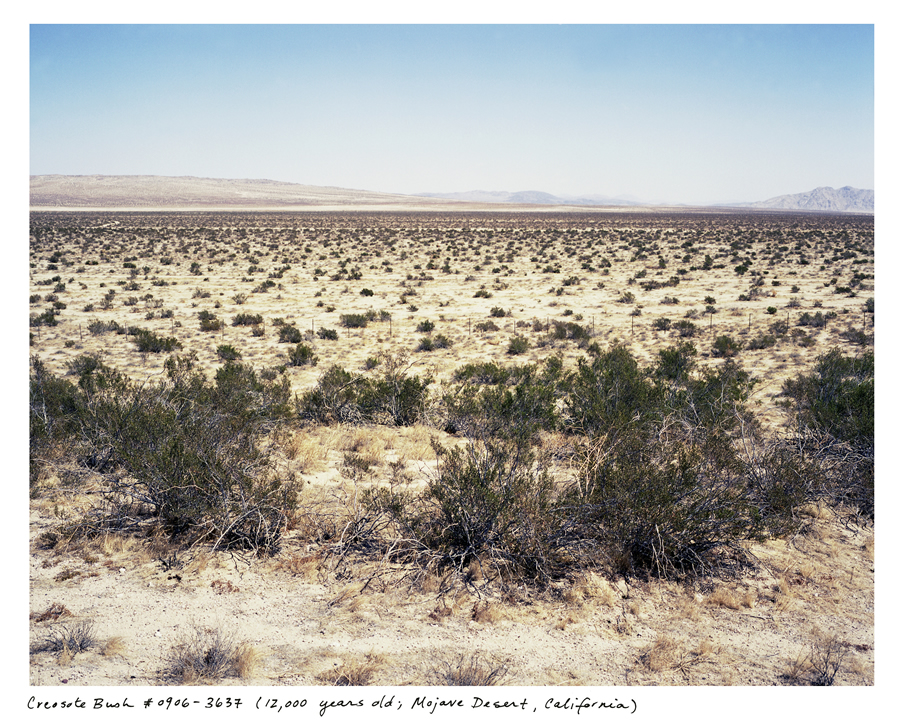 The Oldest Living Things in the World are continuously living organisms 2,000 years old and older. Starting at "year zero" and looking back from there, they help reframe our personal timescale in a shift towards the long term well beyond a single human lifetime. There are a number of characteristics that many of these ancient organisms have in common, such as slow growth rates and the ability to thrive in adverse conditions. Likewise, there are geographic concentrations of these multi-millennials in the Mediterranean and Australia (and it should be noted that there are many parts of the world that have not enjoyed the same dedicated scientific attentions), but one of the largest known geographical concentrations of ancient life anywhere on the planet happens to be in Southern California.

If you ask someone what the oldest trees in United States are, the answer is often the Redwoods. It's an understandable mistake: they are majestic, breathtakingly large, and admirable in both girth and height. But while the Redwoods hold records for certain superlatives, their cousins to the south, the Giant Sequoias, are older. And even then, the Giant Sequoias are in fact the youngest of the five species in California alone that have surpassed the 2000-year mark.

Some are aware of the Bristlecone pines, which have the Sequoia genus beat out by over a factor of two. The Methuselah tree is the most celebrated, followed narrowly by the infamy of the Prometheus, which would still hold the record as oldest, had it not suffered the indignity of being chopped down in the mid 1960's to retrieve a lost coring bit. There are actually several living individuals proven to be older than the approximately 5000-year-old Methusela, but their exact identities are jealously guarded for their own protection, and rightly so. Certainly no researcher would chop them down today, no matter what the bit. However, visitor "souvenir" taking has proven quite damaging.

But now let's jump another 5,000 years into the past, where we get into a somewhat more complex set of parameters: organisms growing clonally. Sometimes referred to as "self-propagating" or as "vegetative growth," these individuals are able to generate new "clones" of themselves, if you will, as opposed to reproducing sexually. In other words, they create new shoots, stems, roots, etc., without the introduction of outside genetic material. Thus the new growth is genetically identical to, and part of, the original organism; a process that can continue indefinitely, or as long as outside environmental factors allow. It's not that these organisms can't reproduce sexually, it just seems that sometimes it's easier to just do it yourself than find a suitable partner.

The approximately 12,000-year-old Creosote Bush and Mojave Yucca sit cordoned off by wire fences on Bureau of Land Management property designated for all-terrain vehicle use. They have remarkable circular structures, pushing slowly outward from a central originating stem. There is no hole to bore that would prove out their remarkable longevity, but rather a slow and steady continuation of self: new stems replace old ones, getting larger by tip toe rather than leaps and bounds. According to a BLM ranger, native populations used the Mojave Yucca's natural Stonehenge formation to take shelter from desert storms.

Let's go back yet another thousand years. What was going on in California 13,000 years ago? For one thing, camels still roamed the area. In fact, camels originated in North America around 100,000 years ago, and made the passage across the Bearing Straight into Asia. (Imagine what the traffic must have looked like.) Mastodons still grazed the hillsides along with other megafauna, their final gambols before decline and extinction. And the still-living 13,000-year-old Palmer's Oak was there to witness it.

Today the Palmer's Oak lives unprotected, if obscurely, within the bounds of the industrial city of Riverside, littered with garbage and the detritus of discarded meth labs. But don't picture a towering tree; it is a scrub oak, or shrub, that is so unremarkable in appearance that it lived undiscovered on private property until a local botanist happened upon it and knew it was something special.

These organisms survived the end of an ice age, lived through megafauna extinctions, and weathered the meteoric rise in human population. How? Why? We know some of these answers on an individual level, but the science of comparative longevity across species is so new it doesn't yet exist. We don't yet know if, or how, this tantalizing longevity might be applied to human lifespans.

But what does it mean from a relational perspective when the organic goes head to head with the geologic? We start talking about longevity and the quotidian in the same breath. Geologic time, deep time--these concepts that are rock-hard in a way that makes them impenetrable to the human condition start to soften and change with the introduction of the organic. The Oldest Living Things image are photographs of the past in the living present, portraits of indivduals that put a face to a name, and forge a personal connection to a timeframe well outside of our temporal comfort zone.

These handfuls of organisms were able to survive, and thrive, through an explicit conditional shift on the planet.

Will they survive us? 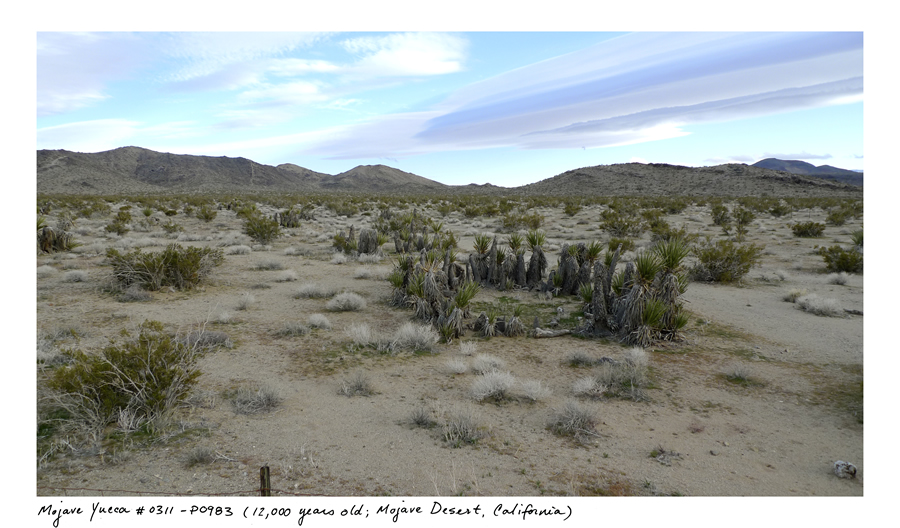 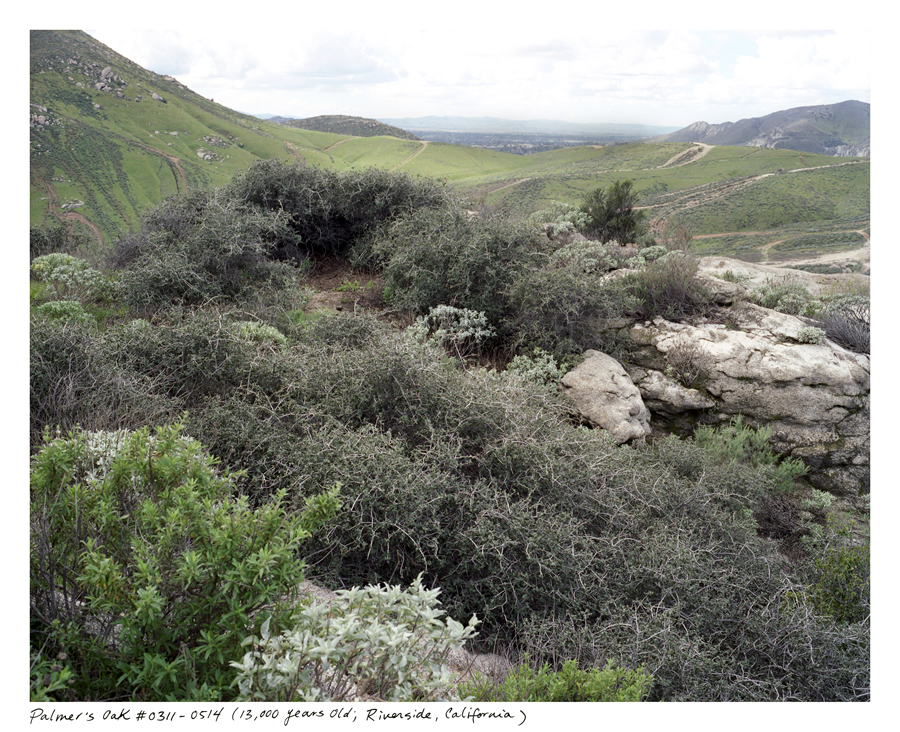