Time and the Breathing City

During the early research phase of a large Arts-Sciences-Design collaboration in the UK, I joined a site visit to the Portland stone quarry on the south coast of the UK, part of the area designated as the "Jurassic Coastline" World Heritage Site. I was part of a small team comprised of meteorologist Dr. Janet Barlow, composer and sound expert Holger Zschenderlein, and myself as artist and designer. We were in the midst of exploring concepts of time, material evidence, data, and embodied cognition/experience especially connected with complex systems in the atmosphere and our understanding of them

We started our process by visiting the Portland Stone quarry, (Portland Bill, Dorset UK). This site presents a kind of "time interface" in two entirely different ways: 1) the collision of a rock formation of equatorial marine origin; Portland Bill itself as part of an "object" traveling from the equator eventually to what is now the south coast of England and embedding in the sedimentary rocks of that place. Here the differences in material properties along the collision zone altered the local erosion behavior and continues to modify the coastline. Places are accessible where a cross section of the collision zone can be seen; and 2) places where a vertical slice is visible through the integral, layered record within the Portland stone itself of alternating periods of forestation, shoreline formation, and subsequent reforestation forming a kind of "grammar" of observable repetition.

This material history has been conveyed intact over planetary distances to the Portland area. The dominant perception for me in this remarkable conjunction of phenomena became now inverted. The rock I was standing inside of and adjacent to was now "process," rather than as it had been before I arrived, namely, an area of England on the map, "a vague place," in the abstract. I had used a map to travel to this "place." The abstraction carried in my mind was now confounded by the paradoxical hardness of material; a material that had consolidated nuances of alteration over planetary time; literally a parallel universe to that of which I was presently conscious by virtue of the discontinuity of its, and my own, time scales. The hardness was yet again dissolved in sensory terms because the processes embodied were those of flow, of weather, of tropics and temperate change, of coastline, forest, plant and marine living process all within the illustrative "rock." It was as solid as it gets yet was all about "flow." A beach environment could be seen overlaying a collapsed fossilized forest from a previous era. In turn at a later time, the fossilized beach had been overlaid by a different ecology, and so it was repeated, both up towards the visible (present) surface, and below, further than could be seen. 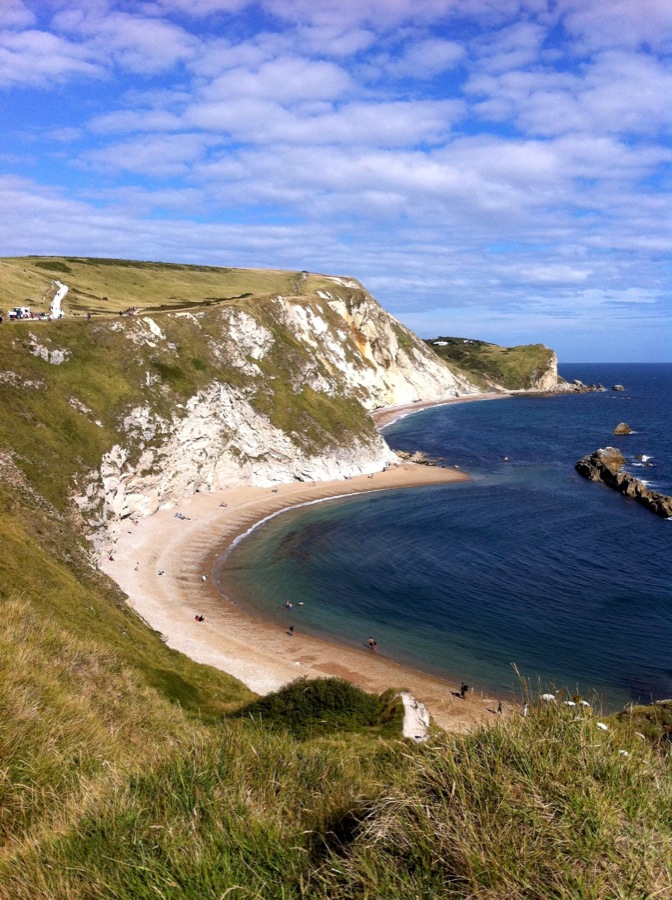 Image: Chris Rose, The 'Jurassic Coast', near Durdle Dor, Dorset UK. Bays created in the sedimentary rocks and chalks by tidal wash generated by the harder Portland rocks that have collided with this coast.

This real sense of the inadequacies of the abstract created for me a consequent sense of the existence of an entirely different "outcome space" in my own perception. This is to say that we need not be confounded by apparent contradiction in our knowledge. Paradox does not independently exist in the world. Paradox is more accurately thought of as a description of a subjective "felt" experience signifying a mismatch between what appears to us and what we think we know. There is no such thing as paradox in the world. Paradoxes exist only in terms of the relational properties. And it is within the relational properties that our struggle for meaning occurs. Standing in this place, I experienced a perception of the materiality of time which felt simultaneously incomprehensible yet real and incontrovertible. It was as if I felt myself pushed in the direction of a realisation without being able to understand it.

Four years after the rock visit, Holger, Janet and myself, joined now by Patrick Letschka, another designer, were concentrating on a specific installation for the Royal Society of Science on London's South Bank. The installation linked aspects of urban weather effects, data visualisation and the inherent unpredictability of complex systems, coupled with the thought that everyone is "connected" to weather. 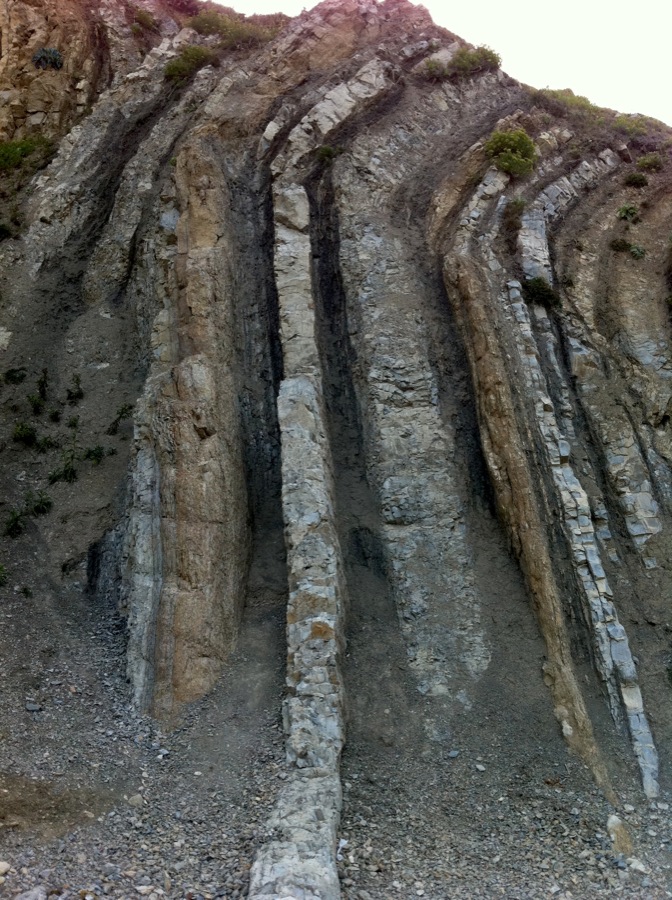 In the period since our initial visit to the Portland rock, we had been discussing ideas about the "materiality of time" and we were deliberately noticing anything that was connected with them. We worked with soundscape design, influences of "big data" and relationships between the complexities and depth of our evolving, embodied cognition, and how these provide a kind of connective tissue in the language of arts and science collaboration. Themes of time, materiality, changing forms of energy and mass, and how evocation via everyday embodied cognition of complex systems (in this case, the atmosphere, energy dissipation, ice, and sound) can be empowered within an encounter space. This was our "design problem."

All of this presents the potential for highly engaging relationships with groups of viewers (which included specialists, families, and the general public) who were "drawn out" by their experiences and had things to say about "it" to each other. The dynamic at play here is a perceptual drama revolving around the tensions between expectation, anticipation, experience and narrative. We know little but experience much.