6: Exposing The Anthropocene: Art and Education in the "Extraction State" 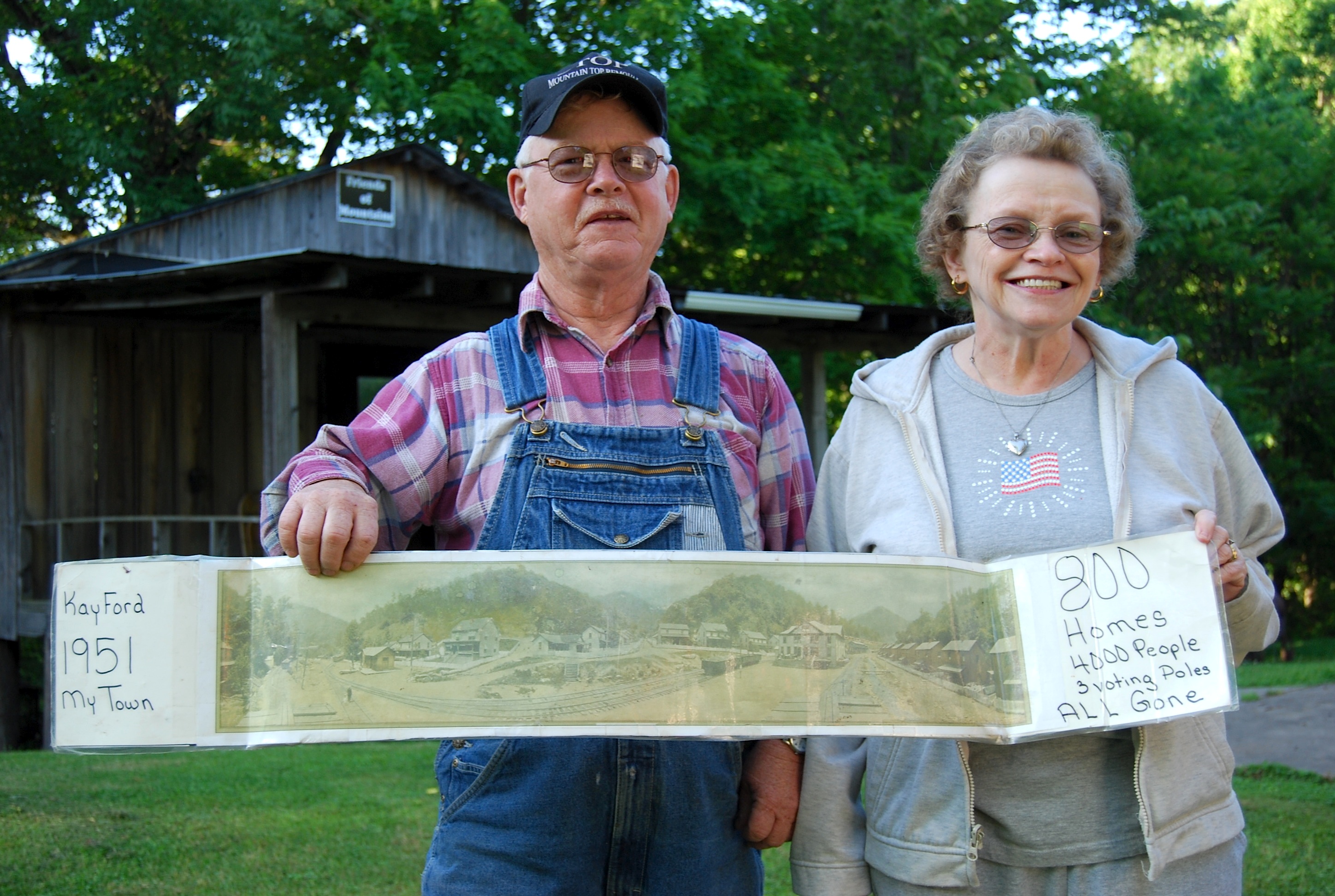 Larry and Carol Gibson with a photograph of a populated Kayford circa 1951.
Photograph: Erika Osborne

In the age of the Anthropocene, human impact on a geologic scale infiltrates nearly every aspect of contemporary life. The immense breadth and depth of the changes to the planet that have been caused by this impact have affected my work and my pedagogy as an artist and educator interested in connections between culture and environment.

Although I have always been interested in the Anthropocene, my fascination with its artifacts grew when I accepted a teaching position in the School of Art and Design at West Virginia University and moved to “The Mountain State”–--or what West Virginia’s former governor and now senator, Joe Manchin, has lovingly called “The Extraction State.” Here, it is obvious that not only have the surface and ecology of mountains changed because of deforestation, but entire topographies have morphed in a geologic instant as a product of large-scale mountaintop removal (MTR) mining. This type of mining is a quick, relatively inexpensive process in which the summits of mountains are blasted away to expose coal seams, and the overburden is dumped into adjacent valleys. This anthropocentric practice has come to define the state and has created a battleground, pitting local communities and the mountain ecology against an ever-growing, global need for cheap energy. In mined areas of Appalachia, the biodiversity of some of the oldest mountains in the world is obliterated instantly, habitats are immediately lost and clean water sources are buried or left highly contaminated. In addition, the local people often suffer from serious health issues affecting their lungs, kidneys, hearts, and nervous systems. They also suffer economically as property values drop, businesses close, and economic diversity is lost.

In addition to defining the state in which I reside, this form of corporate colonialism and its geologic, ecologic, and biologic effects has come to play a large role in my pedagogy as a professor here. As part of two place-based field courses I have developed, Art and Environment and Place: Appalachia, students spend from one to three days on Kayford Mountain, an MTR site in the southern coalfields of West Virginia, with local activist Larry Gibson. Larry is evangelical in his speech, preaching the need for action to halt MTR mining. The effect of listening to him speak, coupled with seeing mountains literally moved by giant machines, is profound and visceral for the students. The three-hour van ride is much different on the return trip than the trip to Larry’s place, the latter being full of music and chitchat, the former being almost eerily silent. When asked what they think of the experience, many students find themselves without words as they try to make sense of what they have witnessed and what it means for them. Although silent at first, the experience ultimately leads to discussions about how to process the encounter not only as an artist, but also as a member of a contemporary culture that survives on the energy created by such practices.

Most of the students are from West Virginia or the surrounding region, and grew up with the coal industry. However, until their trip to Kayford Mountain, many of them have no idea of the extent to which the industrial practice impacts the environment and the people. Students participating in Place: Appalachia are invited to create art about this issue while on-site during their three-day stay on Larry Gibson’s property. They work with what supplies they bring with them and what they can find on site. They hear daily blasts from MTR mines in the area, explosions that sound like distant claps of thunder. Black bears, displaced by the deforestation that accompanies the mining, come through camp on a daily basis. 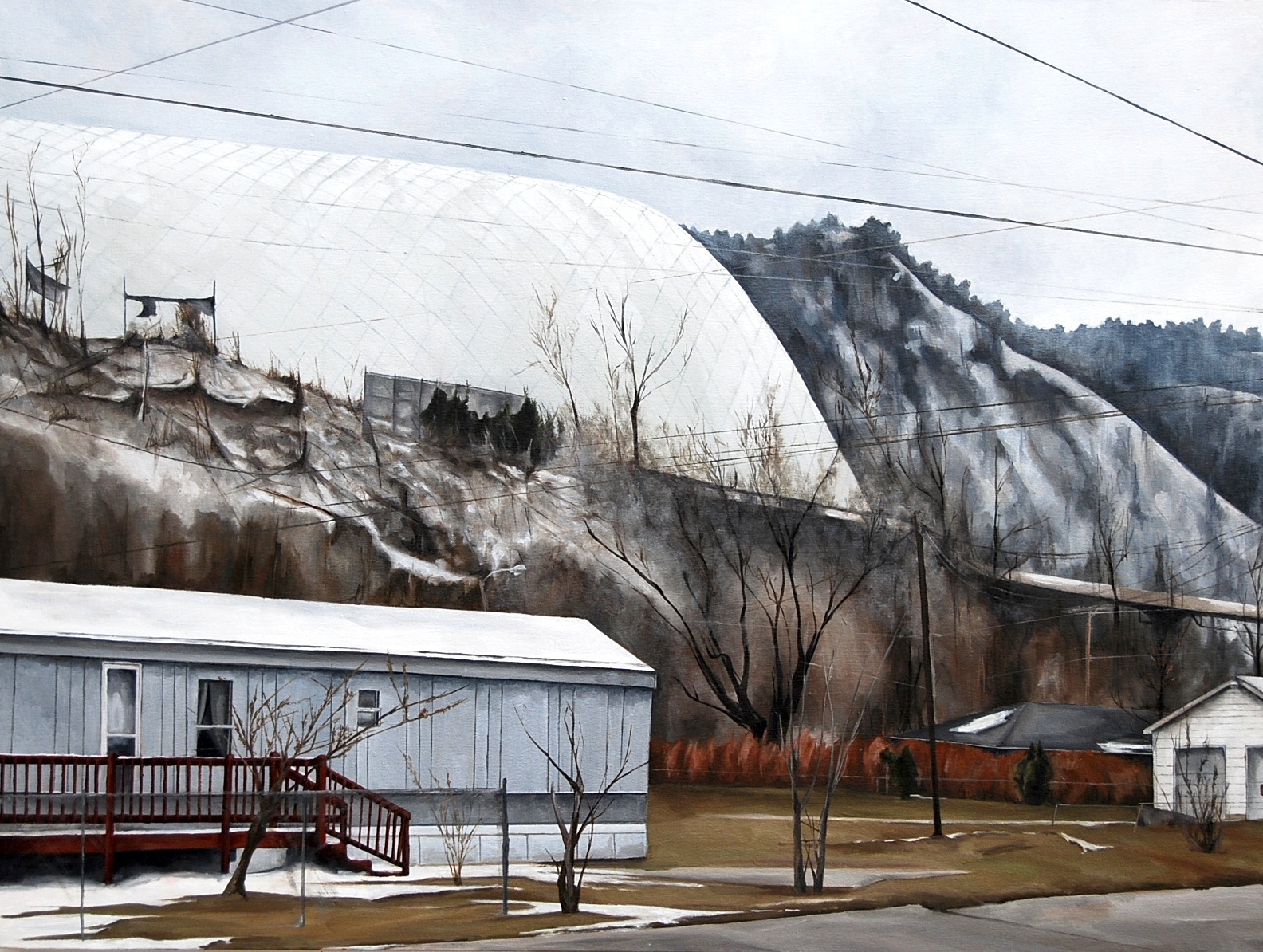 The Art and Environment students spend only one afternoon on Kayford Mountain, but they too are able to experience the destructive violence of the MTR practice. Students from both courses are able to project what they see at Kayford onto the tree-covered mountains they see in the surrounding area, many of which are already slated to be mined. Students also interact with locals who are both for and against current coal mining practices, people who have hunting cabins on Kayford Mountain or who live in the adjacent Coal River valley. Although Larry’s personality keeps students smiling throughout their visit, the initial artistic reactions are typically shock and anger and the art that is made is often heavy in mood and dark in color. On site, many students see the issue as black and white. It isn’t until they return to Morgantown and start to seriously process what they have experienced that they begin to see the contradictions and nuances surrounding the practice. Grey infiltrates the black and white every time they turn on a light switch. 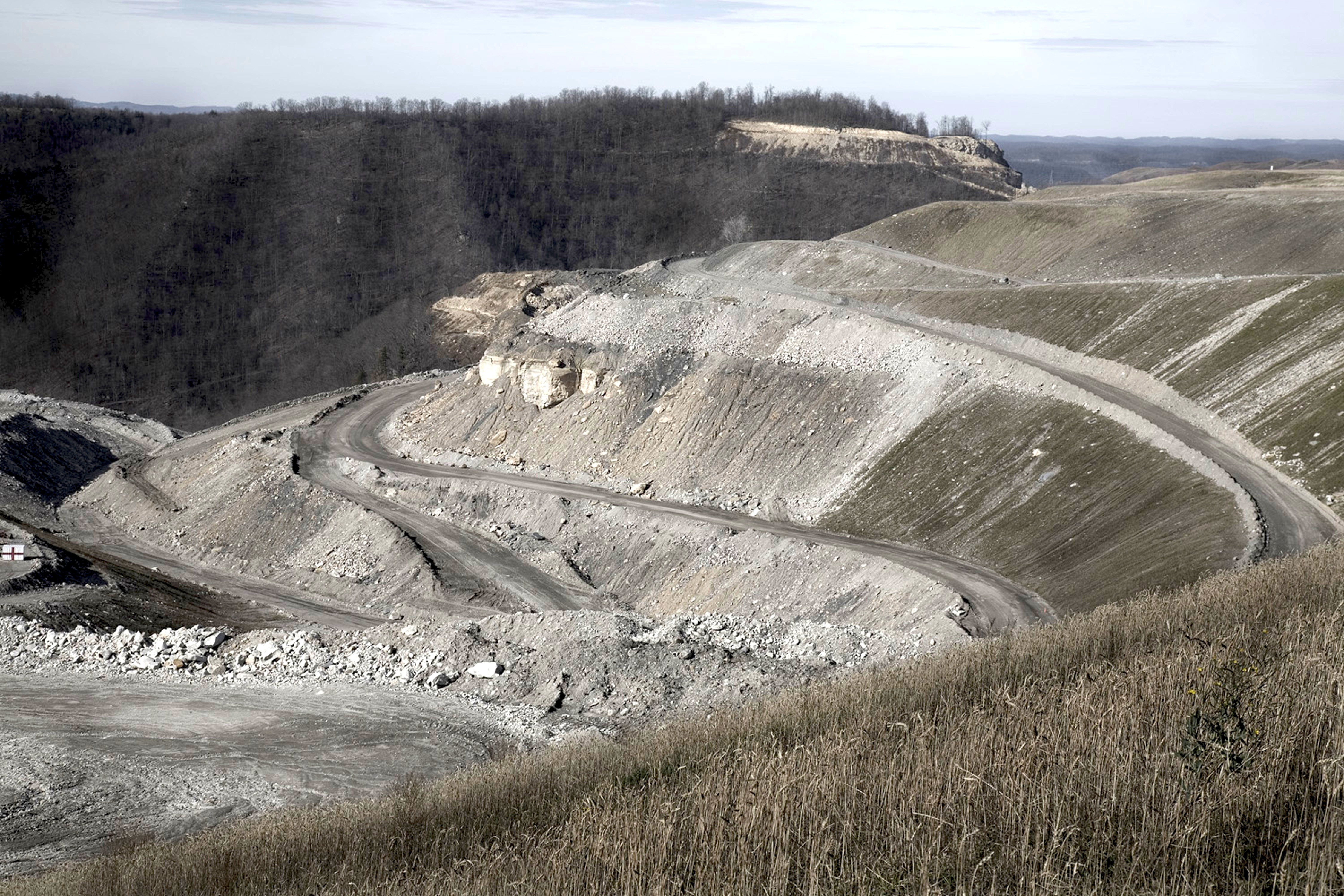 It is this daily confrontation that allows the experience students have on Kayford Mountain to change how they navigate the world. At a minimum, students move through their days more consciously, turning their thermostats down and their light switches off. However, for many, the visceral impact of what they see and hear on Kayford resonates deeper into their life practices. Many continue to create work about MTR mining itself, often diving deeper into its intricacies. The work that surfaces is exponentially more sophisticated than their initial attempts as they continue to research, to revisit the coalfields and to acknowledge the paradox in which they find themselves. In addition to creating larger bodies of work that address the mining practice, many students take it upon themselves to let friends and family members, many of whom are ignorant of the issue, know what is going on. They do this by distributing information via social media, encouraging friends and family to watch documentaries on the subject, taking people to Larry Gibson’s to see the mining firsthand, and even by creating t-shirts with anti-MTR slogans to wear on campus. Still others extend their engagement with this destructive mining practice into social and environmental activism. 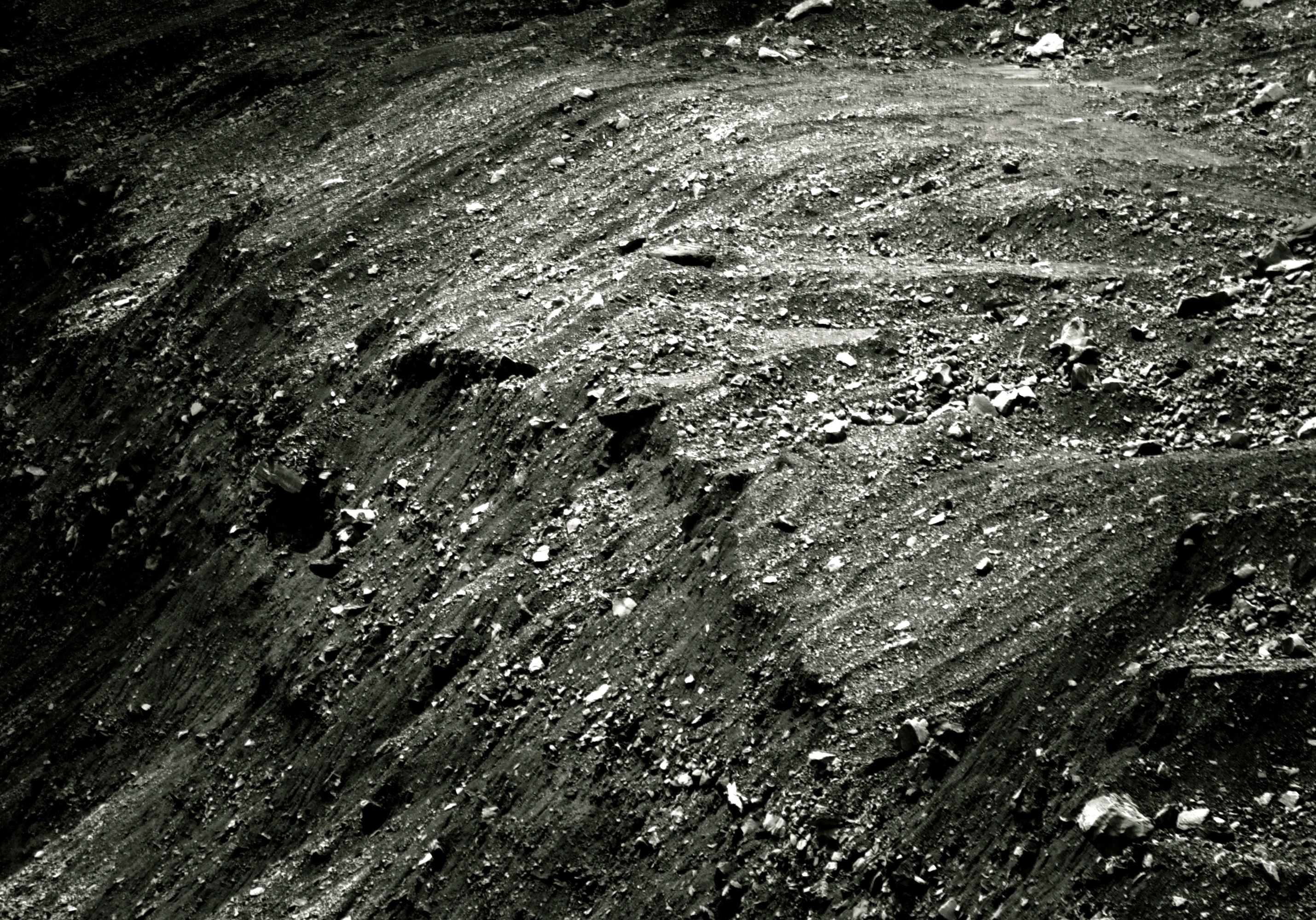 As artists, these students have donated artwork as a means to raise money for foundations that help fight the mining onslaught in local communities. They have also used their skills as artists to create posters, signage and t-shirts for rallies. In addition to donating their services, many students have become entrenched with the community of activists who are trying to raise awareness about the issue. Students have participated in many of the non-violent Appalachia Rising marches, including marches on Washington D.C. and, most recently, a 50-mile march to Blair Mountain, a historic sight marking the famous civil uprising of coal miners against coal operators, police, and eventually the United States Army. As Blair Mountain is being threatened by MTR mining, students have been willing to risk arrest to appeal to the government to work toward a sustainable future for Appalachia. One that preserves the environment, promotes a diverse economy, and creates healthier communities. 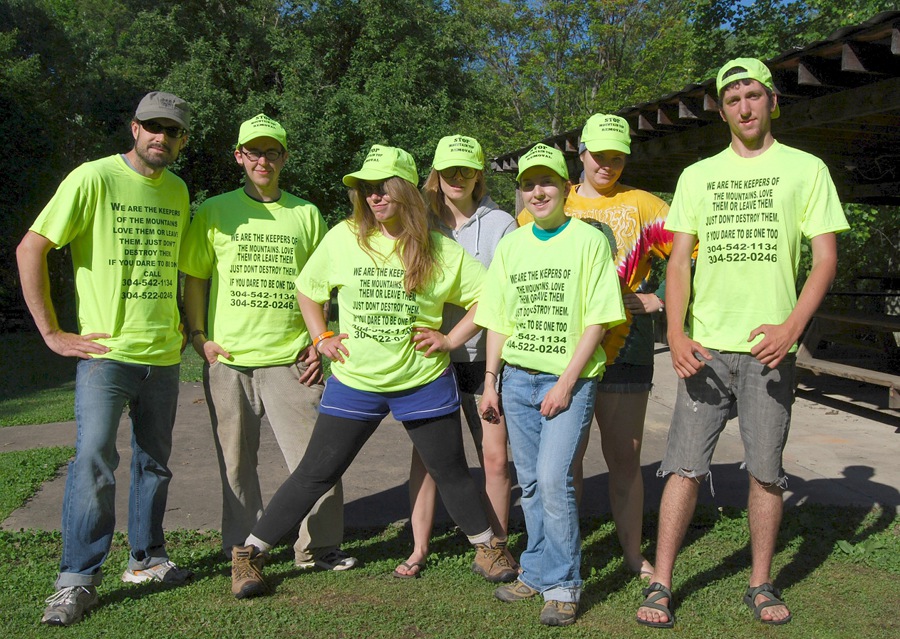 This expansion of art practice into life practice belies a deeper shift in the minds and hearts of the students. No longer do they think of themselves as merely being subject to geologic forces in contemporary life. They now realize they are part of those changes.

This essay is dedicated to Larry Gibson.